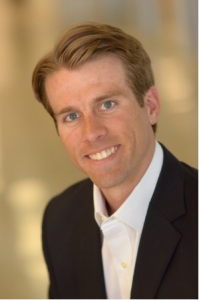 Ryan McDaniel joined Integra Land Company in 2019 and focuses on West Coast acquisitions and development. He started his real estate career in 2011 working in the Capital Markets group for Boston Properties, (NYSE:BXP) where he was responsible for acquisition underwriting, debt and leasing analysis and corporate credit evaluations. In 2014, Ryan moved from Boston to San Francisco to join MWest Properties, a company formed under a joint venture between DivcoWest and TPG Real Estate to help manage the acquisition of over 6 million square feet of commercial/R&D space and nearly 100 acres of land from Mission West Properties, Inc (NASDAQ:MSW). Over the next several years, Ryan worked in many capacities at the company helping build out its corporate systems, manage the company’s $250MM in capital repositioning investment and lease over 3 million Square Feet. In 2016, Ryan was promoted to Vice President and responsible for overseeing asset management functions, including construction, leasing and land entitlement. Shortly after his promotion, the company embarked on a phased disposition strategy, under which Ryan helped effectuate over 25 sales transactions amounting to $1.3 billion in total gross proceeds.

Ryan graduated from Duke University in 2010 with a B.A. in Psychology and a Markets and Management Certificate. He currently resides in San Francisco, CA with his wife Sarah.